BELOW IS  A BRIEF INSIGHT INTO THE NAZI SS AND OCCULT EXHIBITION HERE ON DISPLAY AT THE CRIME THROUGH TIME COLLECTION , LITTLEDEAN JAIL . VERY DIVERSE AND THOUGHT PROVOKING TO SAY THE LEAST .

WE ALSO FEATURE AN INTRIGUING INSIGHT INTO THE WORLD OF THE ILLUMINATI , WITCHCRAFT, THE OCCULT, DEVIL WORSHIP, MYSTERIOUS CELEBRITY DEATHS AND BEYOND 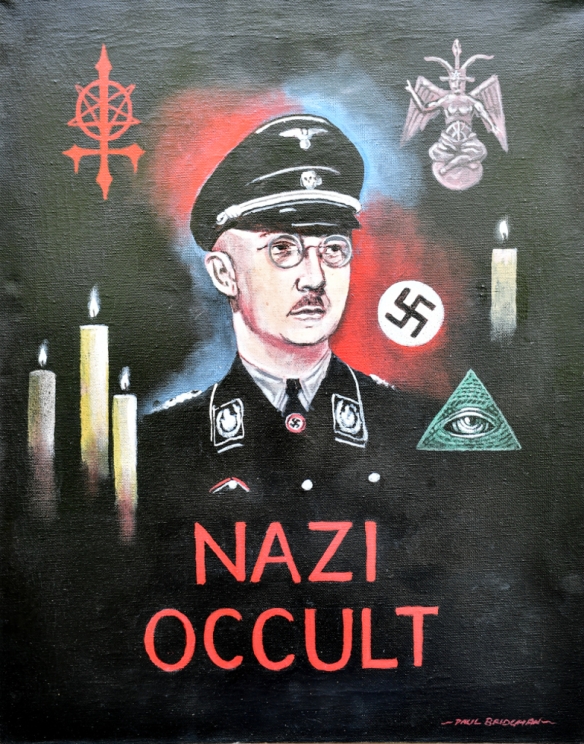 Above: Original painting on display at The Crime Through Time Collection, Littledean Jail, Forest of Dean, UK. 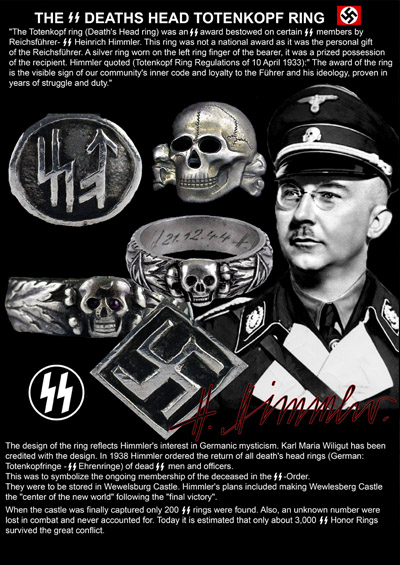 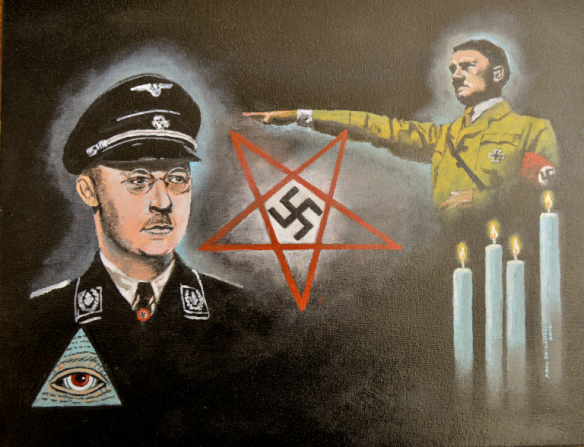 Above: Original painting on display at The Crime Through Time Collection , Littledean Jail, Forest of Dean , UK. 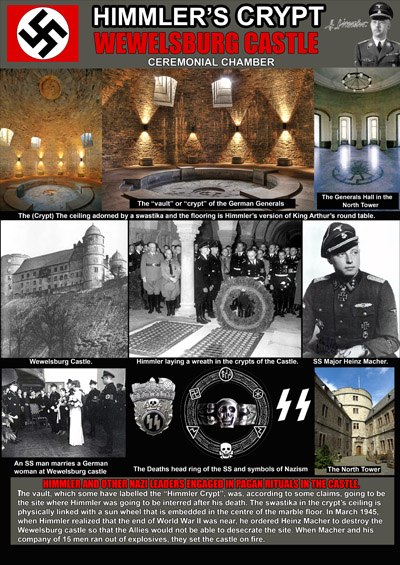 Below: Image of Baphomet, favoured by Himmler’s Nazi Occult. 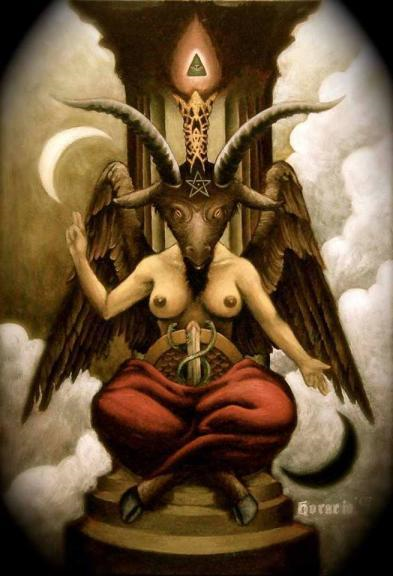 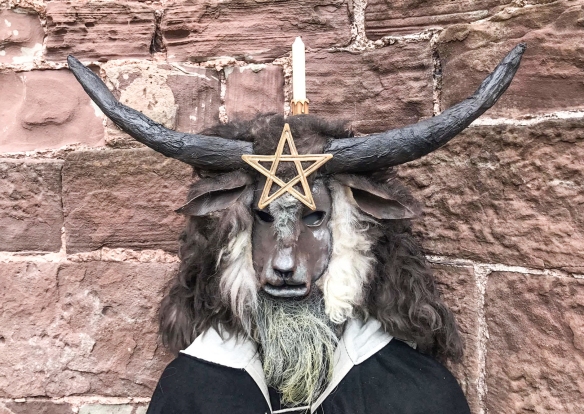 ABOVE & BELOW : A BRIEF LOOK AT BAPHOMET – HORNED GOD ON DISPLAY IN AND AMONGST THE WITCHCRAFT, PAGANISM, WICCAN, THE SATANIC OCCULT, THE ILLUMINATI AND SECRET SOCIETIES COLLECTIONS AT THE CRIME THROUGH TIME COLLECTION, LITTLEDEAN JAIL, FOREST OF DEAN, GLOUCESTERSHIRE, UK . 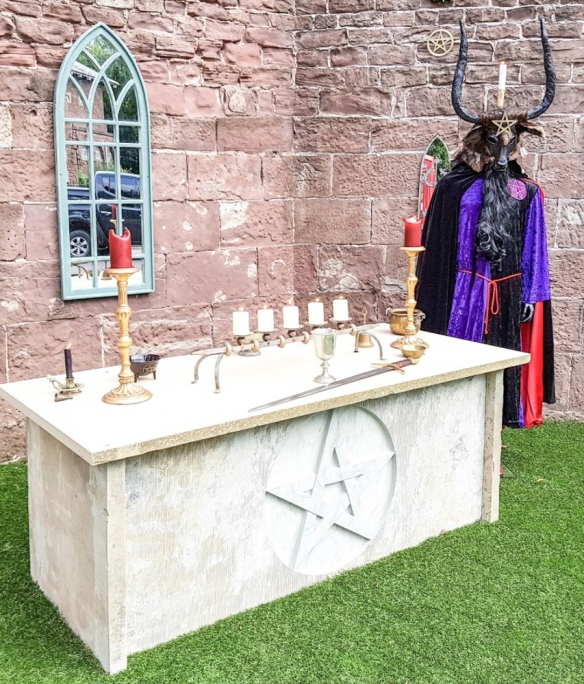 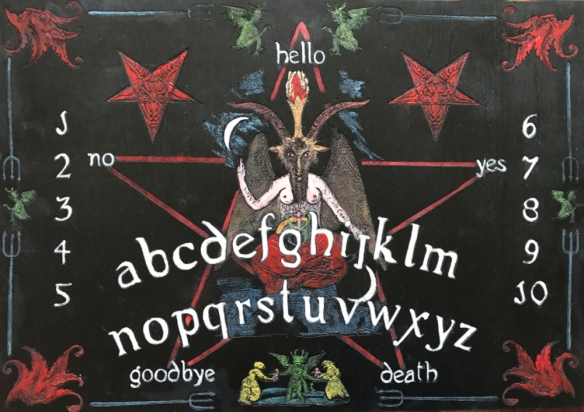 Above: Baphomet Ouija Board on display at Littledean Jail . 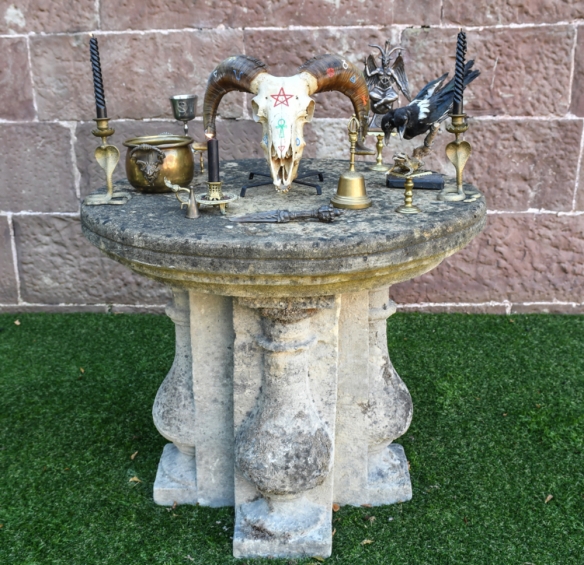 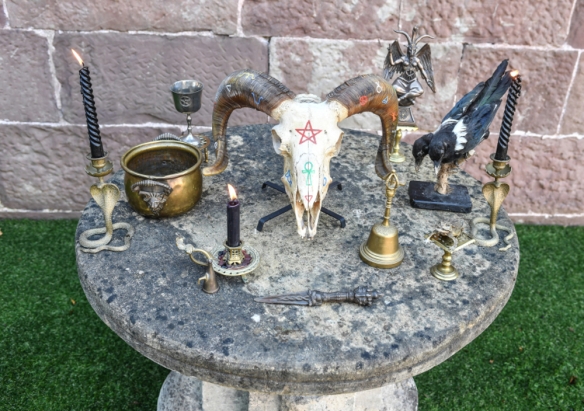 ABOVE AND BELOW: FURTHER BRIEF INSIGHT INTO VARIOUS WITCHCRAFT AND OCCULT EXHIBIT ITEMS ON DISPLAY AT LITTLEDEAN JAIL , UK 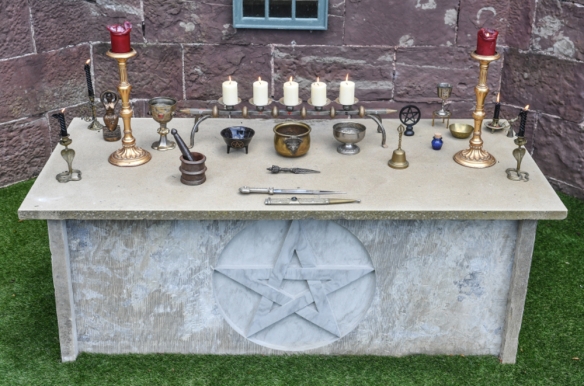 BELOW: ‘BEAKY BLINDER’ OUR MYSTICAL AND SPIRITUAL RAVEN- GUARDIAN AND KEEPER OF LITTLEDEAN JAIL 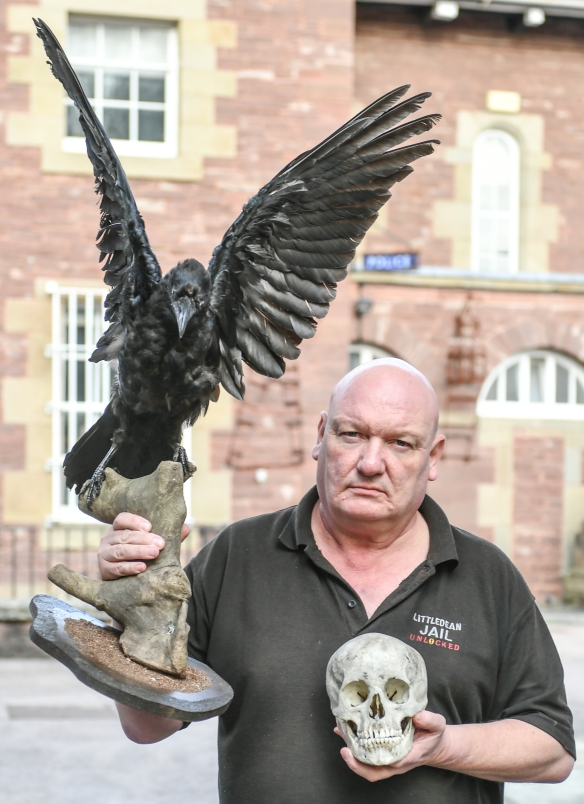 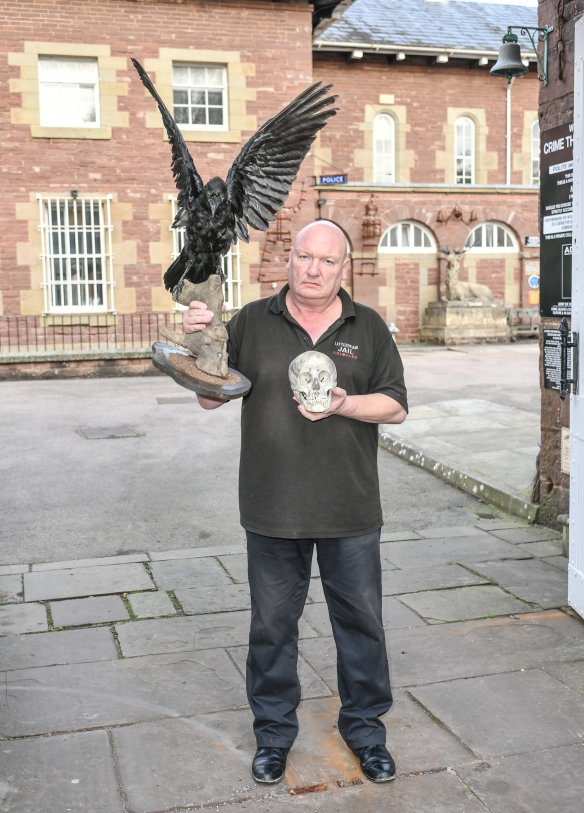 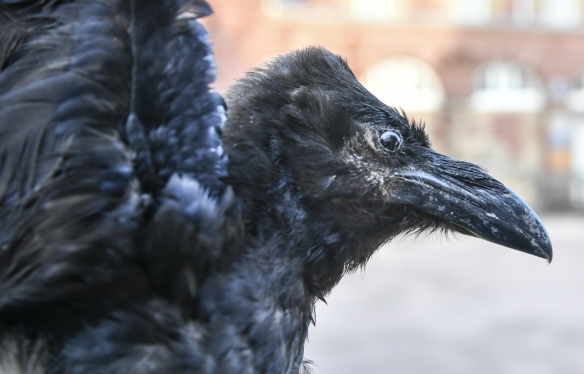 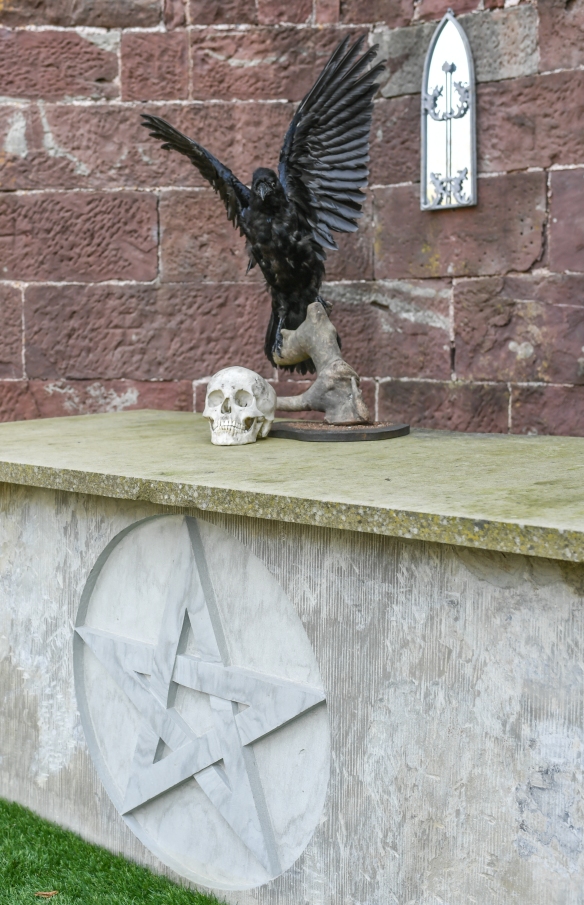 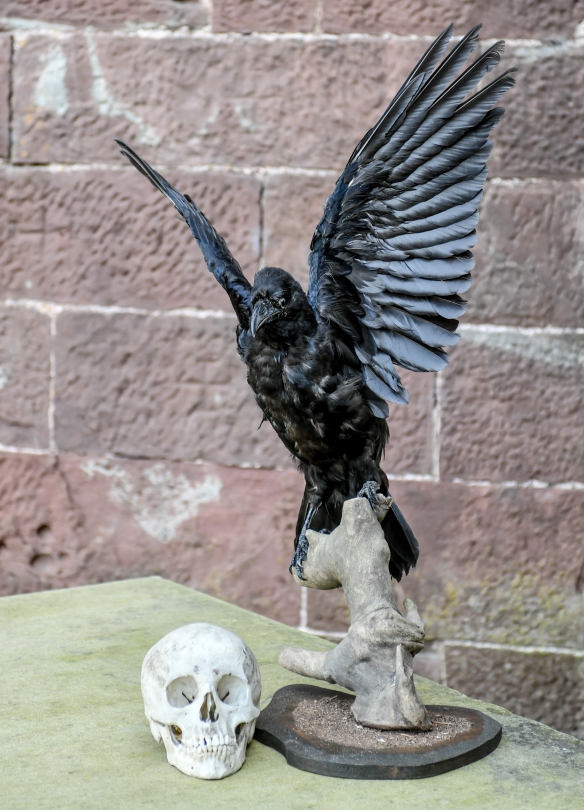 BELOW IS LINK TO OUR WEBSITE PAGE WHICH FEATURES MORE INFORMATION, IMAGES AND VIDEOS …. AS IS FEATURED HERE AT THE CRIME THROUGH TIME COLLECTION , LITTLEDEAN JAIL .

It is said that the Wewelsburg was going to be the “Holy Grail Castle” of the Nazi regime, once it had established itself as rulers of the world. Is this true, and, if so, what was their ambition in this vast building project?

It is clear that any Grail Castle to be built would have a geometrical design, and in the case of the Wewelsburg, that is a triangle. For Himmler, the Wewelsburg was not so much the location where the Grail was hidden, but where his Grail Order – the SS, the Schutzstaffel – and its sacred treasures – rumoured to be the Spear of Destiny – would be brought, and from which the magical power of the Nazi regime would radiate out.

The castle was not built by the Nazi regime; its history started several centuries before the National Socialists came to power in 1933. In its current form, the castle was built from 1603 to 1609, as a secondary residence for Fürstbischof Theodor von Fürstenberg, the prince-bishop of Paderborn, whose primary residence was the castle at Neuhaus. However, there existed a castle on the site from the 9th century onwards. At the time, it withheld an invasion of the Huns, its location near what was believed to be the site where the Battle of the Teutoburg Forest occurred. This battle occurred in 9 AD, when various Germanic tribes made an alliance and ambushed and destroyed three Roman legions. The battle was the start of a seven year long war, whereby the Rhine became the boundary of the Roman Empire. It should therefore not come as a surprise that it was seen as a symbol of German unity and a demonstration that a united Germany could conquer all – as it was, of course, felt it would do again…. 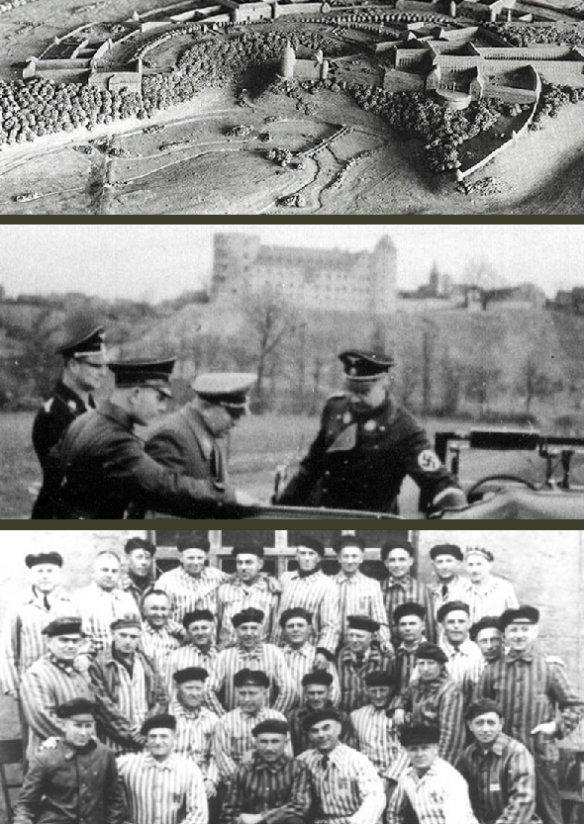 The Nazis plans: put into effect by the use of slave labour…

It meant that the estate had the shape of a spear, underlining the unconfirmed belief that the site would become the location where the Spear of Destiny would be held. One story goes that Hitler saw his future when he visited the Museum in Vienna where the Spear was on display, and that he became convinced that whoever possessed it, controlled the fate of the world. That the Wewelsburg was going to be the New Jerusalem and the centre of Germany is in evidence as from 1941 onwards, the architects called the complex the “Centre of the World”. In line with sacred mythology, the design would sit on a mountain, surrounded by a lake, as there were plans to flood the valley. 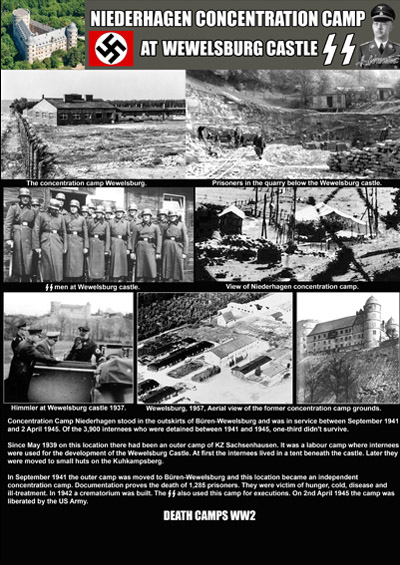 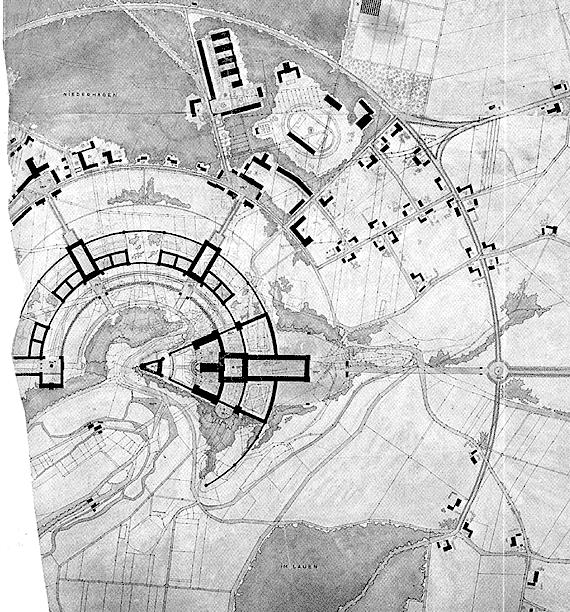 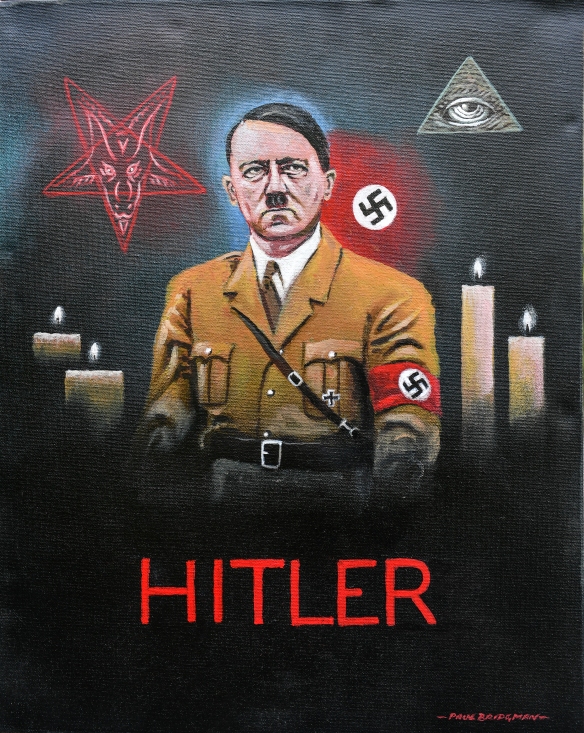 Original painting on display at The Crime Through Time Collection , Littledean Jail, Forest of Dean, UK