DARK TOURISM HERE IN THE UK – WHERE GOOD AND EVIL COLLIDE & WHERE FANTASY MEETS REALITY .

TRUE CRIME , MURDERABILIA, WITCHCRAFT, SATANISM AND THE OCCULT …. IT’S ALL HERE AND MUCH MORE ON DISPLAY AT THE CRIME THROUGH TIME COLLECTION , LITTLEDEAN JAIL, FOREST OF DEAN , GLOUCESTERSHIRE , UK . 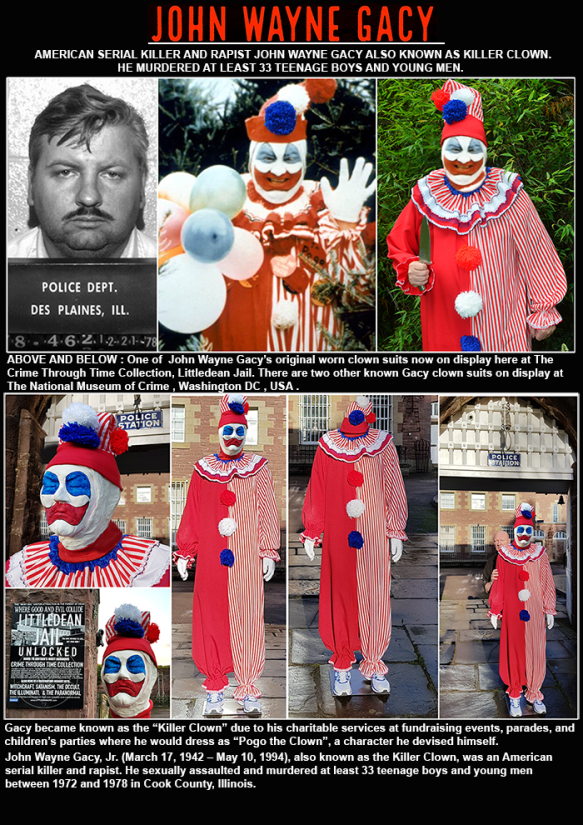 All of Gacy’s known murders were committed inside his Norwood Park, Illinois home. His victims would typically be lured to this address by force or deception, and all but one victim were murdered by either asphyxiation or strangulation with a tourniquet (his first victim was stabbed to death). Gacy buried 26 of his victims in the crawl space of his home. Three further victims were buried elsewhere on his property, while the bodies of his last four known victims were discarded in the Des Plaines River.

Convicted of 33 murders, Gacy was sentenced to death for 12 of these killings on March 13, 1980. He spent 14 years on death row before he was executed by lethal injection at Stateville Correctional Center on May 10, 1994. 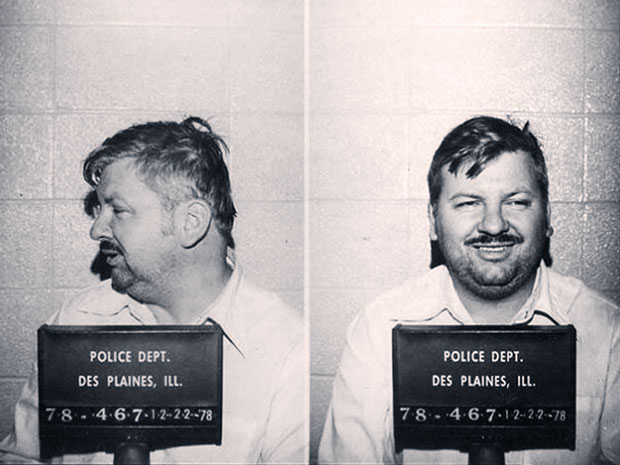 Gacy became known as the “Killer Clown” due to his charitable services at fundraising events, parades, and children’s parties where he would dress as “Pogo the Clown”, a character he devised himself.

BELOW : Various exhibit items to include one of Gacy’s “Pogo The Clown ” suits , handwritten and signed correspondence , a hand painting and various other memorabilia, all of which is on display here at The Crime Through Time Collection , Littledean Jail , Forest of Dean , Gloucestershire, UK .

ABOVE AND BELOW : One of  John Wayne Gacy’s  original worn clown suits. There are two other known Gacy clown suits on display  at The National Museum of Crime , Washington DC , USA . 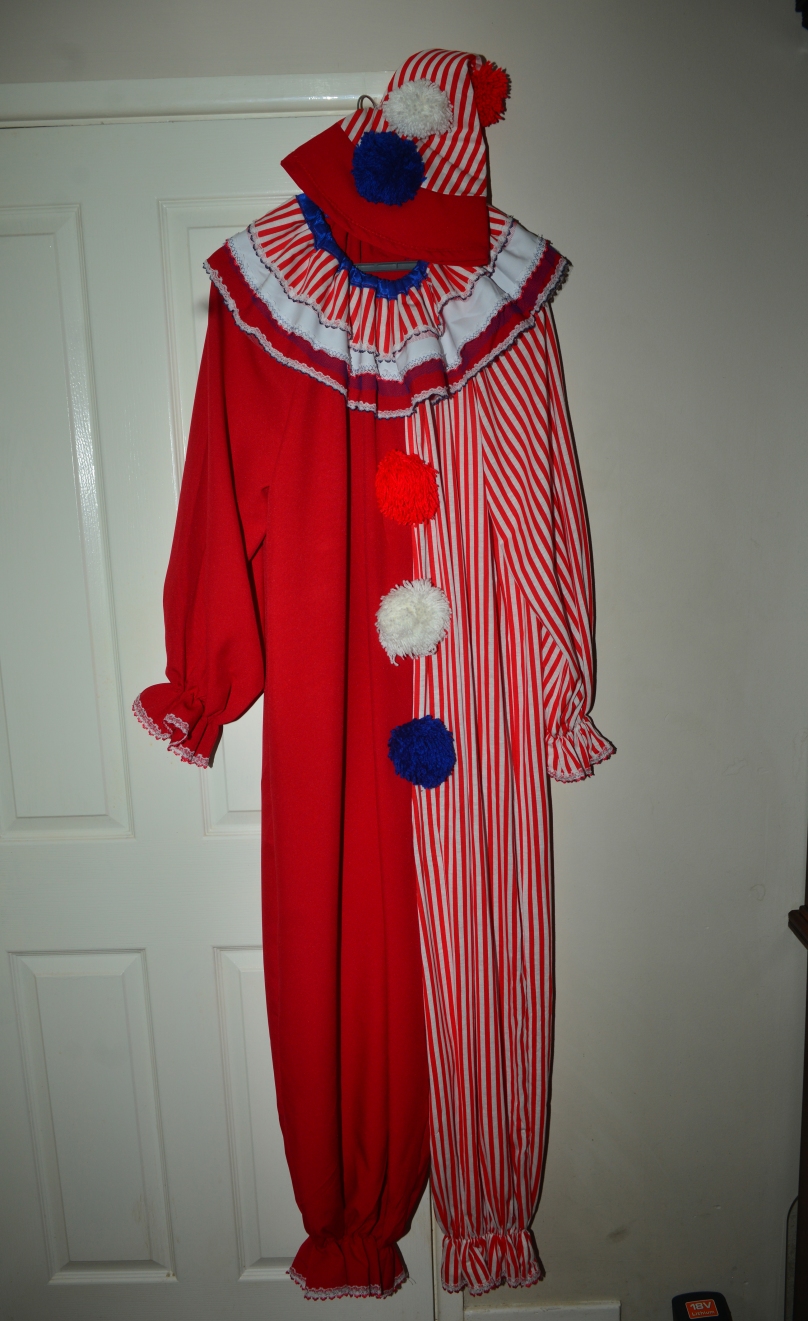 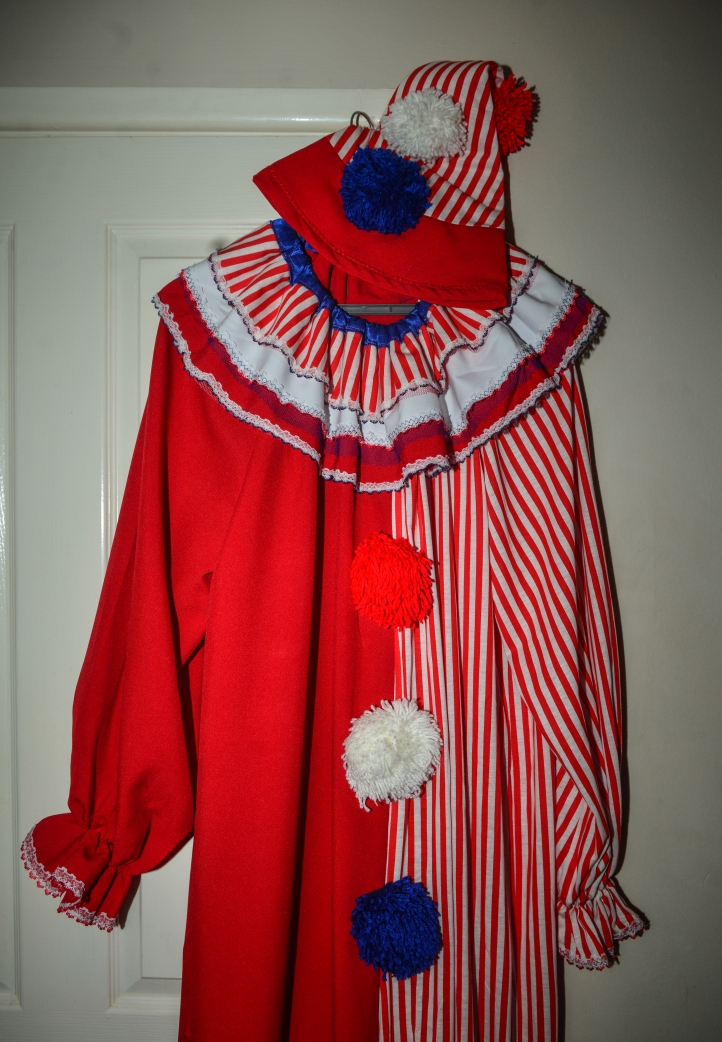 BELOW: picture of 2 other Gacy clown suits, on display at The National Museum of Crime, Washington DC ….. Previously owned ( not sure if he still owns them )  by Jonathan Davis, lead singer of American Heavy Metal Band “Korn .” 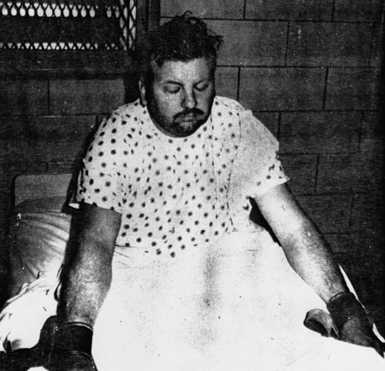 ABOVE: John Wayne Gacy pictured in jail, so say,  shortly before his execution by lethal injection 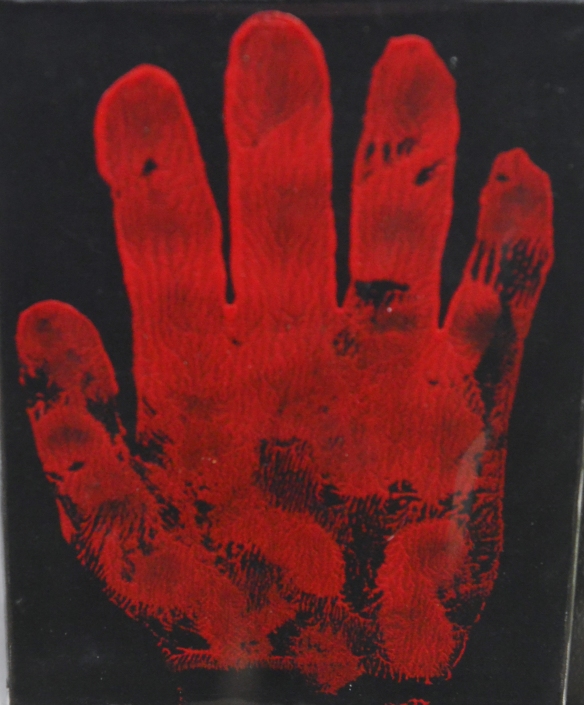 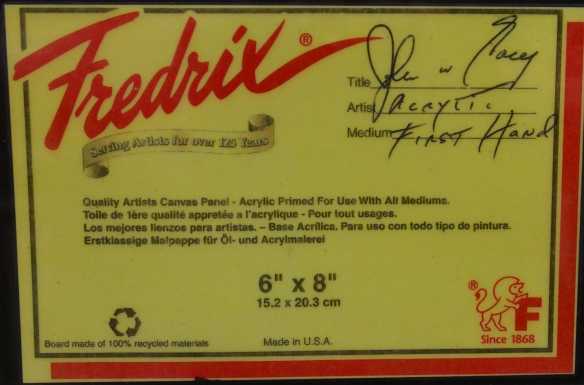 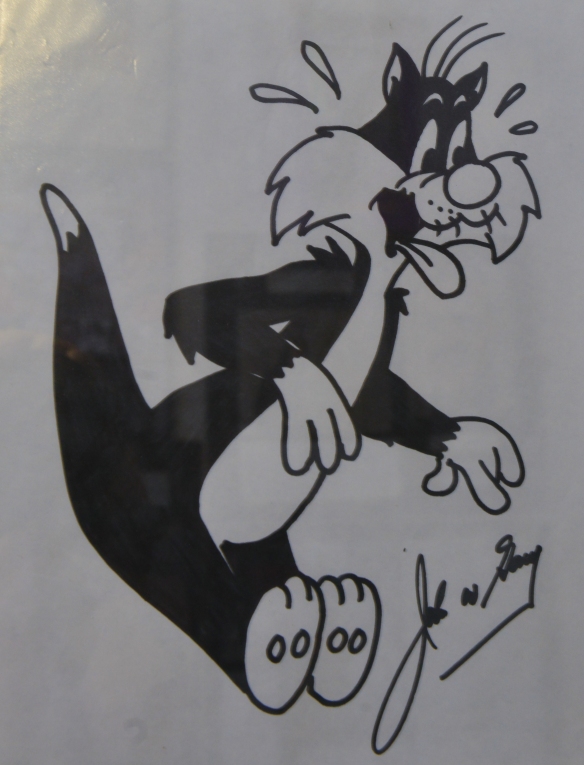 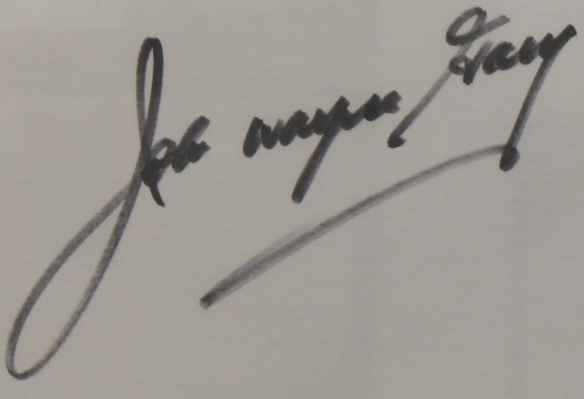 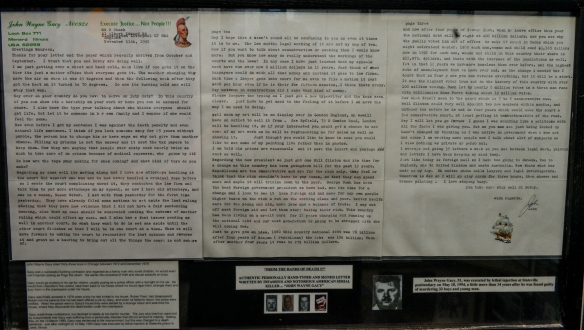