FROM THE HANDS OF DEATH – AILEEN WUORNOS

HERE ON DISPLAY AT THE CRIME THROUGH TIME COLLECTION, LITTLEDEAN JAIL , FOREST OF DEAN , GLOUCESTERSHIRE, UK, WE HAVE THE LARGEST PRIVATE COLLECTION OF WHAT IS DEEMED TO BE POLITICALLY INCORRECT   MURDERABILIA , MAIMERABILIA, TRUE CRIME, SLEAZE ,SCANDAL, THE TABOO AND BEYOND EXHIBIT MATERIAL ON VIEW TO THE PUBLIC. 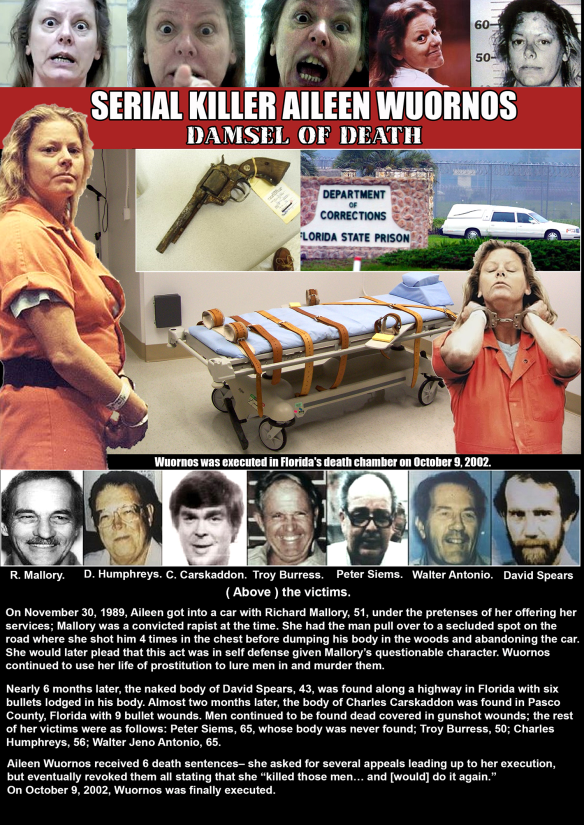 HERE BELOW IS A BRIEF INSIGHT INTO ONE OF THE MANY SERIAL KILLERS THAT WE  FEATURE HERE .

WE HOPE THAT THIS PROVIDES A HISTORICALLY INTRIGUING AND EDUCATIONAL INSIGHT INTO THE WORLD OF TRUE CRIME AND BEYOND  .

THIS VISITOR ATTRACTION IS NOT SUITABLE FOR CHILDREN OR THOSE  EASILY OFFENDED , DISTURBED, OR OF A SENSITIVE NATURE…. 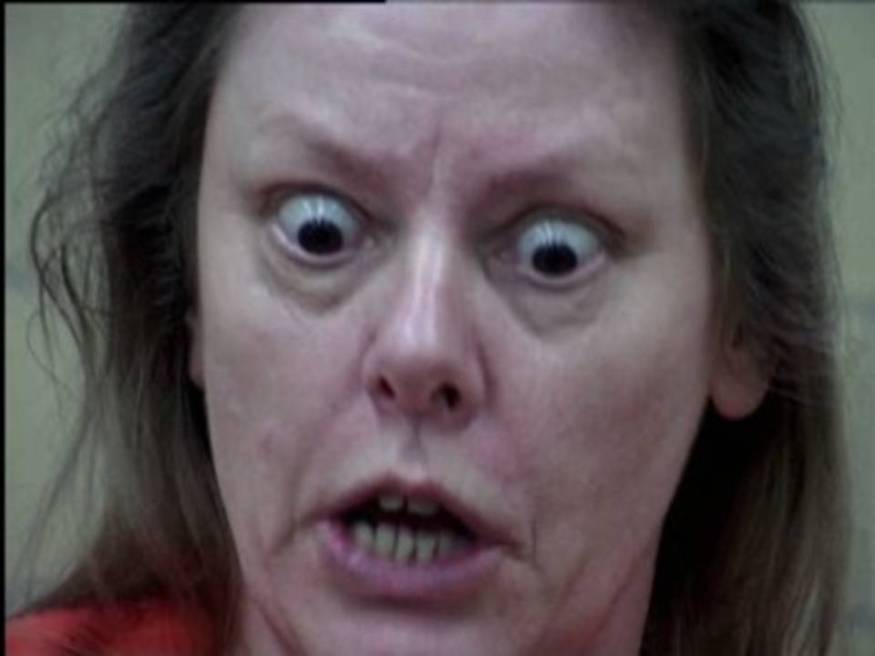 Below are a few personally signed pieces, other exhibit items on display along with  a brief interactive  background insight into the the life and crimes of former lesbian prostitute and serial killer Aileen Wuornos who was executed October 9, 2002 by Lethal Injection in Florida . 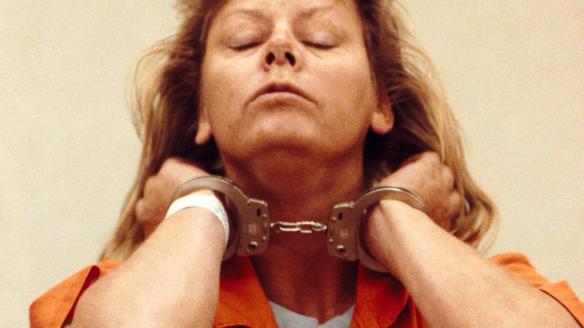 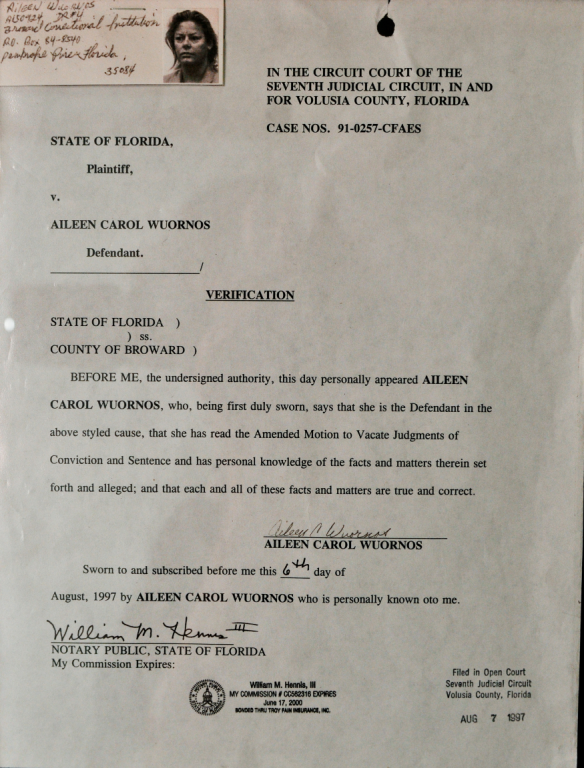 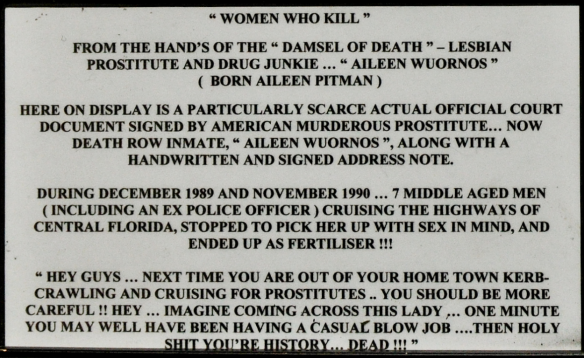 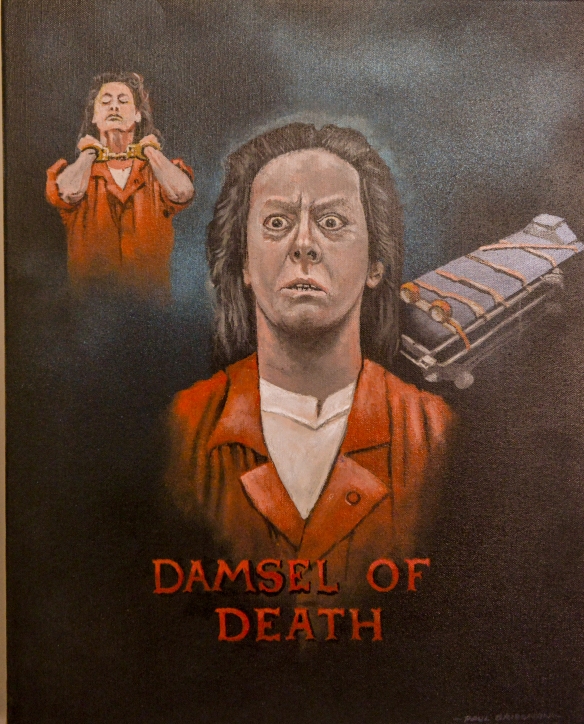 ABOVE IS A BRIEF PICTORIAL INSIGHT INTO VARIOUS HANDWRITTEN AND SIGNED MURDERABILIA ITEMS FROM AILEEN WUORNOS HERE ON DISPLAY AT THE CRIME THROUGH TIME COLLECTION , LITTLEDEAN JAIL 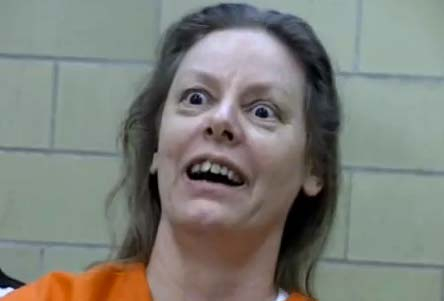 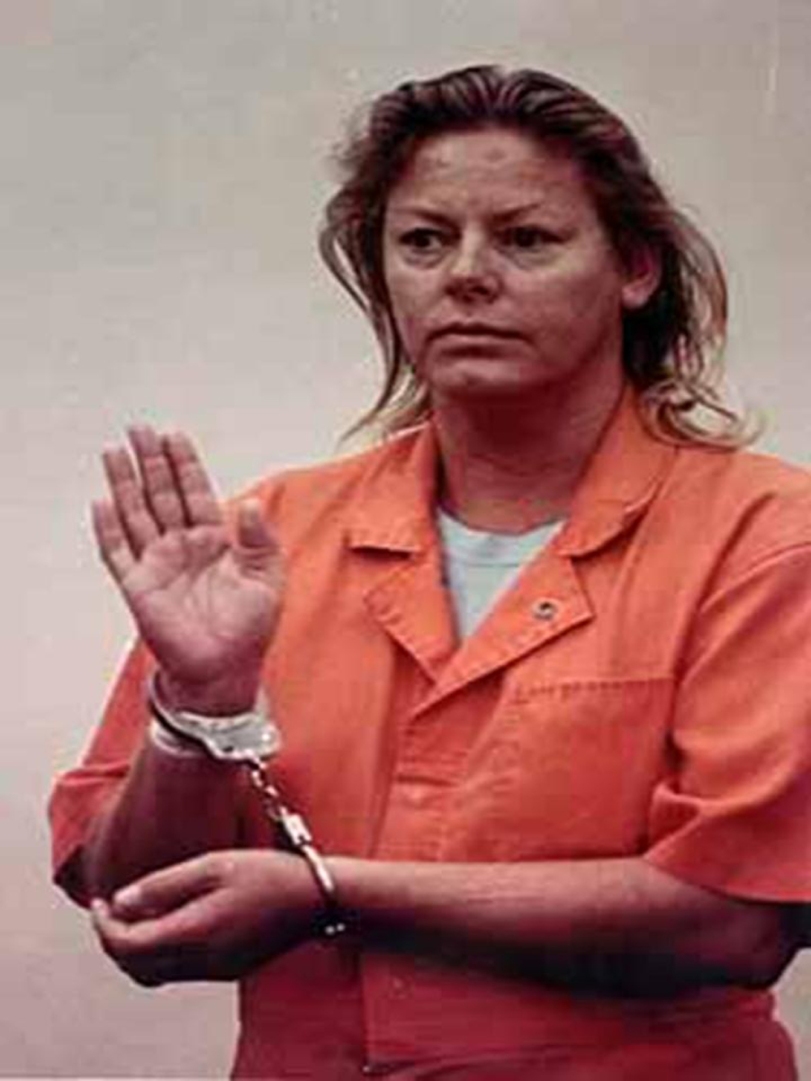 Summary:
Between December 1989 and September 1990, the bodies of several men were found murdered along the highways of northern and central Florida, including Richard Mallory, Dick Humphreys, Troy Burress, David Spears, Walter Gino Antonio, Peter Siems, and Charles Carskaddon. Items belonging to Mallory and Antonio were pawned near Daytona Beach and the alias names used were traced to Wuornos through thumbprints left on the pawn shop cards. Wuornos confessed to the murder of all six men, claiming that she was picked up by the men when she was working as a highway prostitute, and shot them in self defense after they attempted to sexually assault her. Wuornos was convicted of the murder of Richard Mallory after a jury trial in Volusia County and was sentenced to death. At trial, the State was allowed to introduce similar crimes evidence about Wuornos’ commission of several other murders. While on death row, it was discovered that Mallory had previously served time for Attempted Rape. Wuornos pleaded no contest to the murders of the other 5 men and was sentenced to death in each case.

Within two weeks of her arrest, Wuornos and her attorney had sold movie rights to her story. Investigators in her case did likewise. The case resulted in several books and movies, and even one opera on the life of “America’s first female serial killer.” Wuornos’s father, Leo Dale Pittman, was a child molester and a sociopath who was strangled in prison in 1969. Wuornos was pregnant at age fourteen. Shortly thereafter, she dropped out of school, left home and took up hitchhiking and prostitution. Wuornos had a prior conviction for armed robbery in 1982. 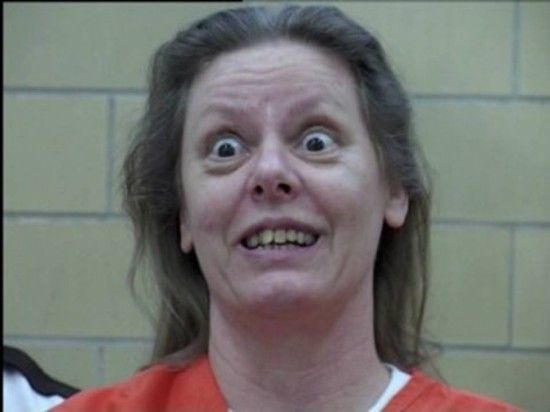 Final Meal:
Wuornos declined the traditional last meal, which could have been anything she wanted for under $20, and instead was given a cup of coffee.

Final Words:
“I’d just like to say I’m sailing with the rock, and I’ll be back like Independence Day, with Jesus June 6. Like the movie, big mother ship and all, I’ll be back.”

FROM THE HANDS OF DEATH

HERE ON DISPLAY AT THE CRIME THROUGH TIME COLLECTION, LITTLEDEAN JAIL , FOREST OF DEAN , GLOUCESTERSHIRE, UK , WE HAVE THE LARGEST PRIVATE COLLECTION OF WHAT IS DEEMED TO BE POLITICALLY INCORRECT   MURDERABILIA , TRUE CRIME, SLEAZE ,SCANDAL, THE TABOO AND BEYOND EXHIBIT MATERIAL ON VIEW TO THE PUBLIC.

WE WOULD ALSO HOPE THAT THIS PROVIDES A HISTORICALLY INTRIGUING AND EDUCATIONAL INSIGHT INTO THE WORLD OF TRUE CRIME AND BEYOND .

HERE BELOW IS A BRIEF INSIGHT INTO ONE OF THE MANY SERIAL KILLERS THAT WE  FEATURE HERE .

IF EASILY OFFENDED , DISTURBED OR OF A SENSITIVE NATURE PLEASE AVOID VISITING LITTLEDEAN JAIL ….. AS CRIME IS IN ITSELF AN UNPLEASANT SUBJECT MATTER TO COVER … AND AS SUCH IS NOT PRESENTED HERE IN A PLEASANT WAY EITHER

JOHN EDWARD ROBINSON ..aka ” THE SLAVEMASTER “

Robinson, a grandfather, was convicted in 2003 after a murder spree that lasted 15 years and included the murders of at least eight women. He met several of his victims in chat rooms, and has been dubbed “The Internet’s First Serial Killer.” 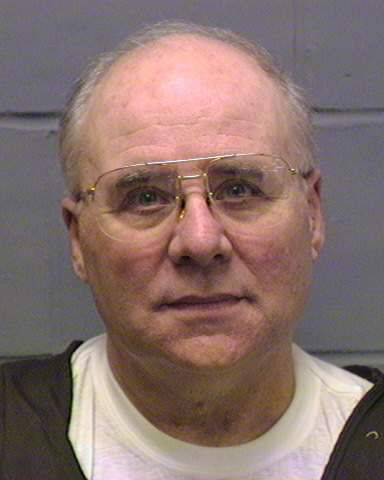 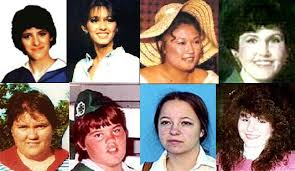 ABOVE.: IMAGES OF 8 OF HIS KNOWN VICTIMS

ABOVE: A BRIEF GLIMPSE INTO VARIOUS HAND-DRAWN PENCIL SKETCHES ALONG WITH A THREE PAGE HANDWRITTEN AND SIGNED LETTER TO HIS WIFE NANCY PLEADING HIS INNOCENCE … DATED 8 SEPTEMBER 2002, PRIOR TO THE COMMENCEMENT OF HIS TRIAL ON OCTOBER 7, 2002 WHERE UPON HE PLEADED NOT GUILTY . IN JANUARY 2003 HE WAS FOUND GUILTY AND SENTENCED TO A LIFE TERM ALONG WITH 2 DEATH SENTENCES FOR THE MURDER OF 3 OF HIS VICTIMS

John Edward Robinson (born December 27, 1943) is a convicted serial killer, con man, embezzler, kidnapper, and forger who was found guilty in 2003 of three murders and received the death sentence for two of them. He subsequently admitted responsibility for five additional homicides, and investigators fear that there might be other, undiscovered victims as well.

Because he made contact with most of his post-1993 victims via on-line chat rooms, he is sometimes referred to as “the Internet’s first serial killer”

Like many other serial killers, Robinson became increasingly careless over time, and did a progressively poorer job of covering his tracks. By 1999 he had attracted the attention of authorities in both Kansas and Missouri as his name cropped up in more and more missing persons investigations.
Robinson was arrested in June, 2000 at his farm near La Cygne, Kansas after a woman filed a sexual battery complaint against him, and another charged him with stealing her sex toys. The theft charge, in particular, finally gave investigators the probable cause they needed to obtain search warrants. On the farm, a task force found the decaying bodies of two women, later identified as Izabela Lewicka and Suzette Trouten, in two 85-pound chemical drums.

Across the state line in Missouri, other members of the task force, searching a storage facility where Robinson rented two garages, found three similar chemical drums containing corpses subsequently identified as Beverly Bonner and Sheila and Debbie Faith. All five women were killed in the same way, by one or more blows to the head with a hammer or other blunt instrument.The bodies in barrels …. 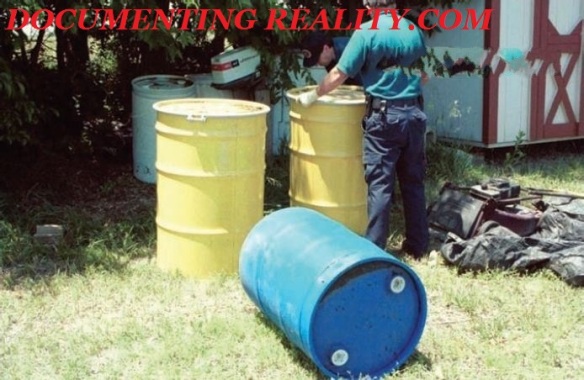 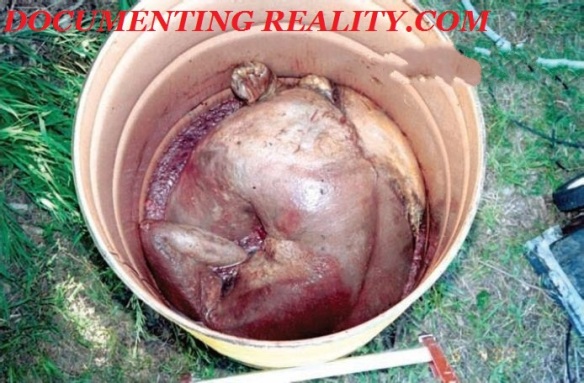 
One of the victims, a picture he took, it was found on his computer: