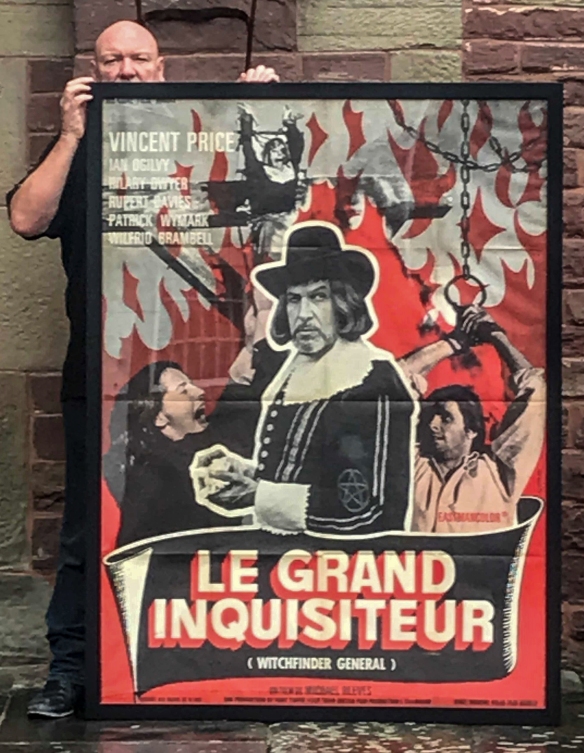 Matthew Hopkins (c. 1620 – 12 August 1647) was an English witch-hunter whose career flourished during the English Civil War. He claimed to hold the office of Witchfinder General, although that title was never bestowed by Parliament. His witch-hunts mainly took place in East Anglia. 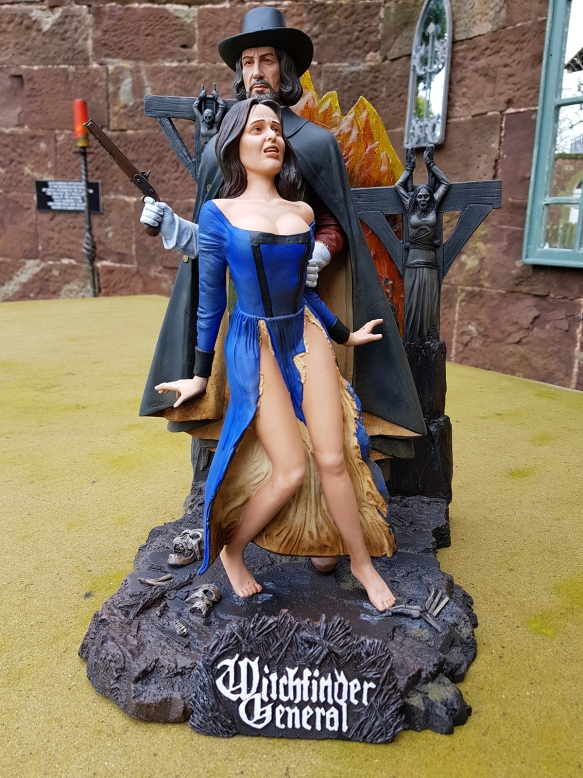 ABOVE : A rare adapted, hand painted, fantastic resin model figure based on one of the scenes from the iconic 1968 British Cult Horror Film  “Witchfinder General”. Matthew Hopkins played by Vincent Price and Hilary Dwyer as Sara…. (you try and find one  as very few in circulation ??) . This believed to be the only one on public display as can be seen here at the jail .

BELOW:  A model of the head of Vincent Price who starred as The Witchfinder General in the 1968 film with the same name 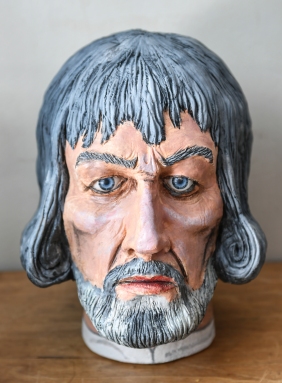 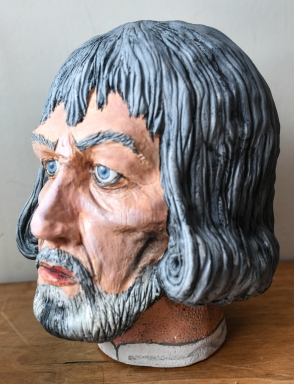 Hopkins’ witch-finding career began in March 1644 and lasted until his retirement in 1647. He and his associates were responsible for more people being hanged for witchcraft than in the previous 100 years, and were solely responsible for the increase in witch trials during those years. He is believed to have been responsible for the deaths of 300 women between the years 1644 and 1646. It has been estimated that all of the English witch trials between the early 15th and late 18th centuries resulted in fewer than 500 executions for witchcraft. Therefore, presuming the number executed as a result of “investigations” by Hopkins and his colleague John Stearne is at the lower end of the various estimates, their efforts accounted for about 60 per cent of the total; in the 14 months of their crusade Hopkins and Stearne sent to the gallows more people than all the other witch-hunters in England of the previous 160 years 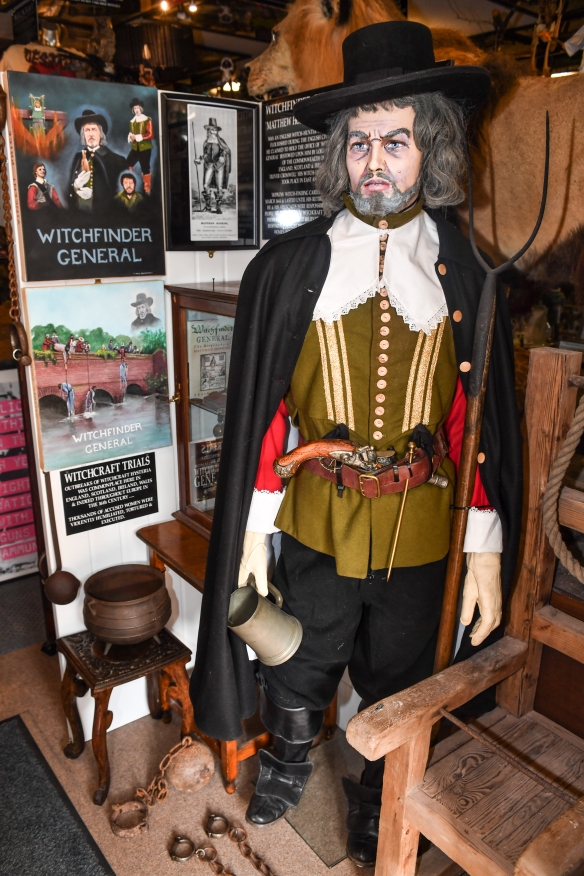 Above and Below : Portrayal of Matthew Hopkins – Witchfinder General and his first known victim, Elizabeth Clarke.  She was was accused of witchcraft  and hanged to death. This loosely based on Vincent Price’s adaptation of him in the 1968 film “Witchfinder General ” directed by Michael Reeves . This being part of a historically informative insight into the 17th Century well documented infamous Witch Hunts . 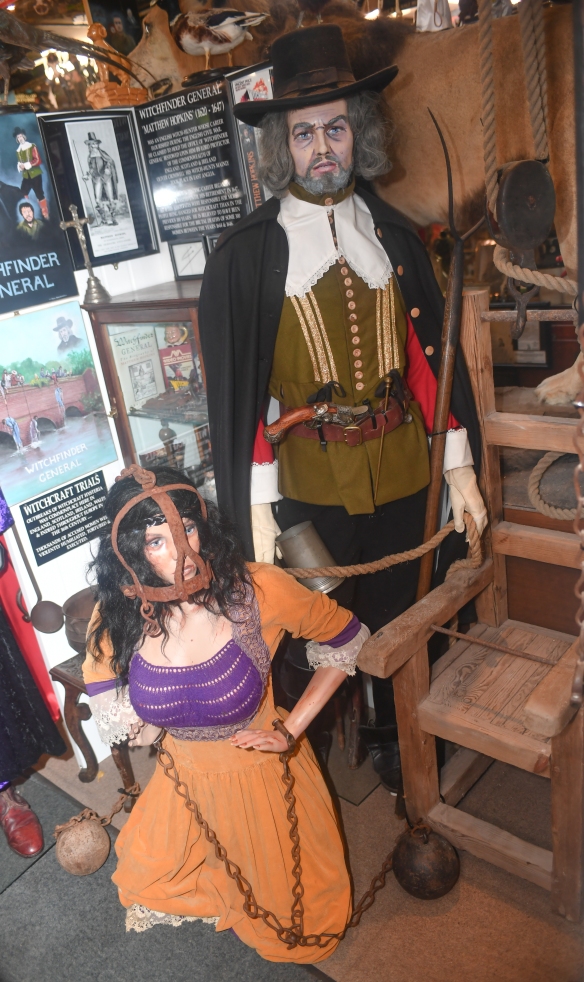 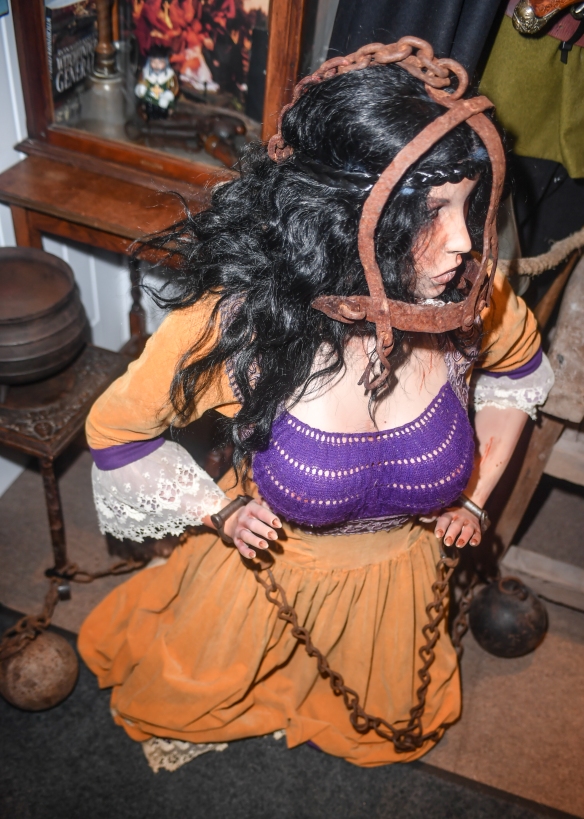 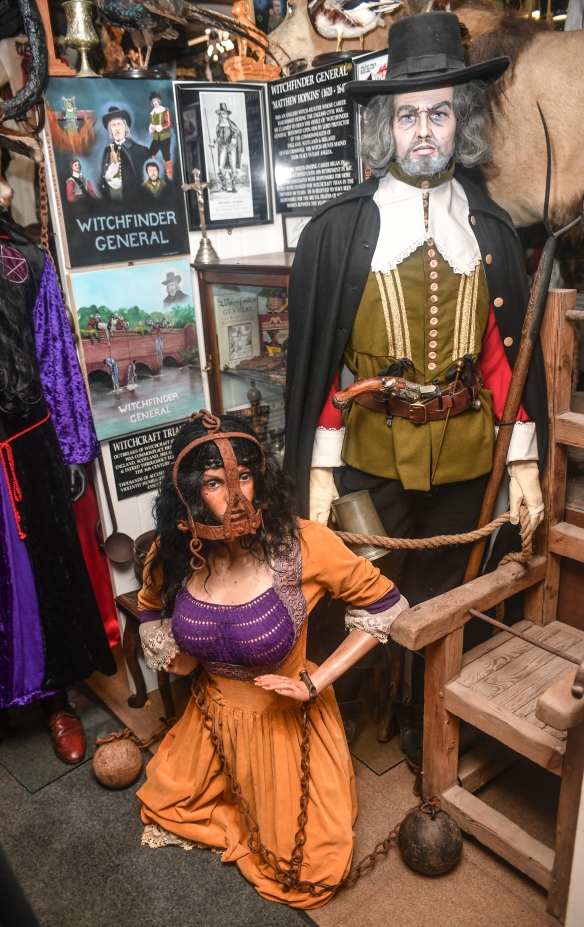 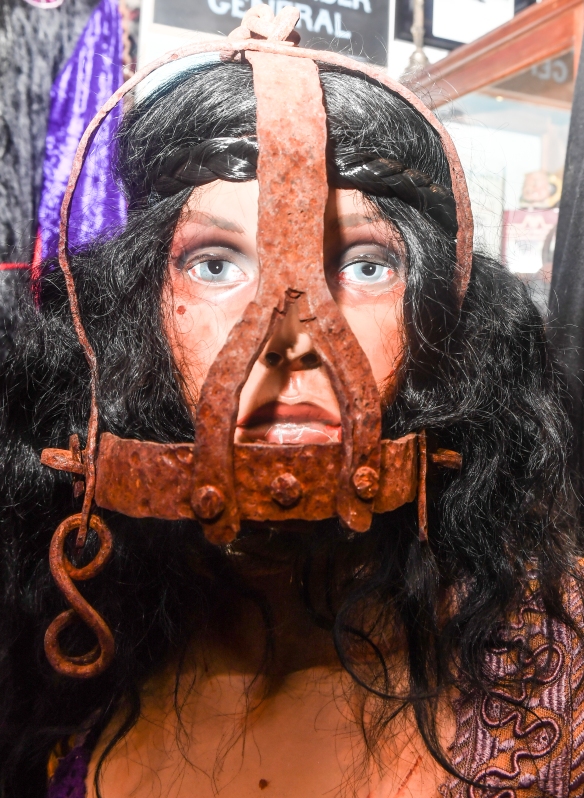 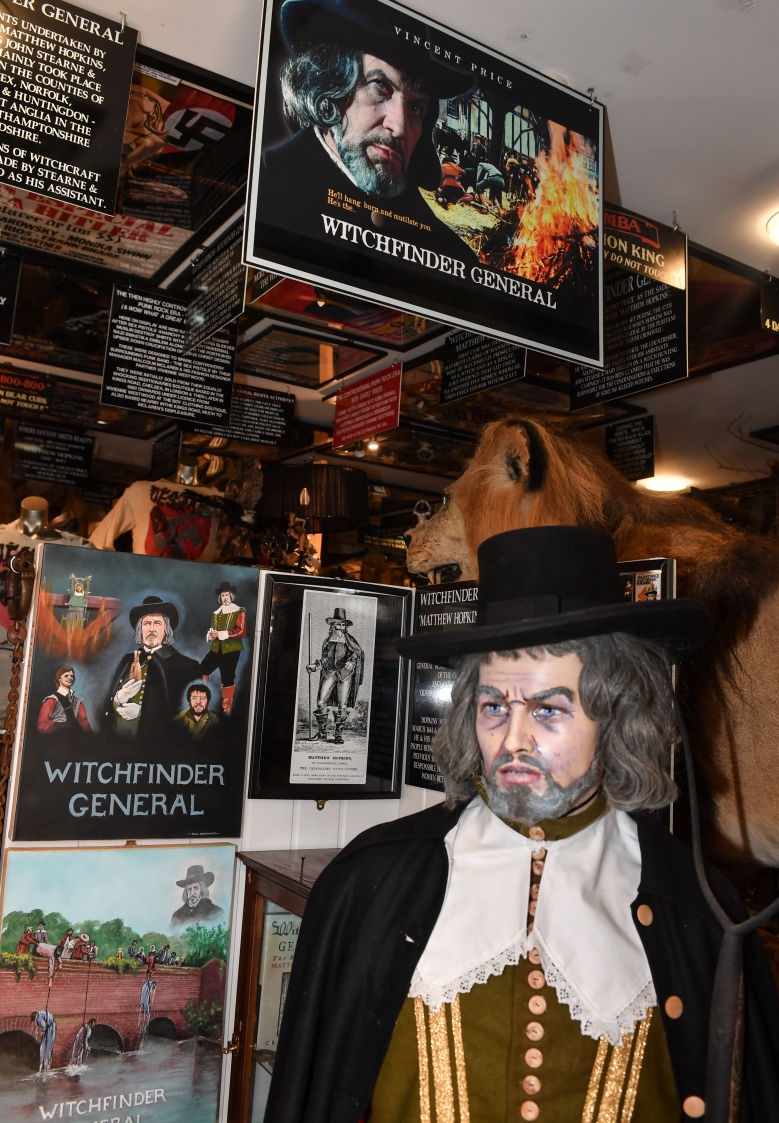 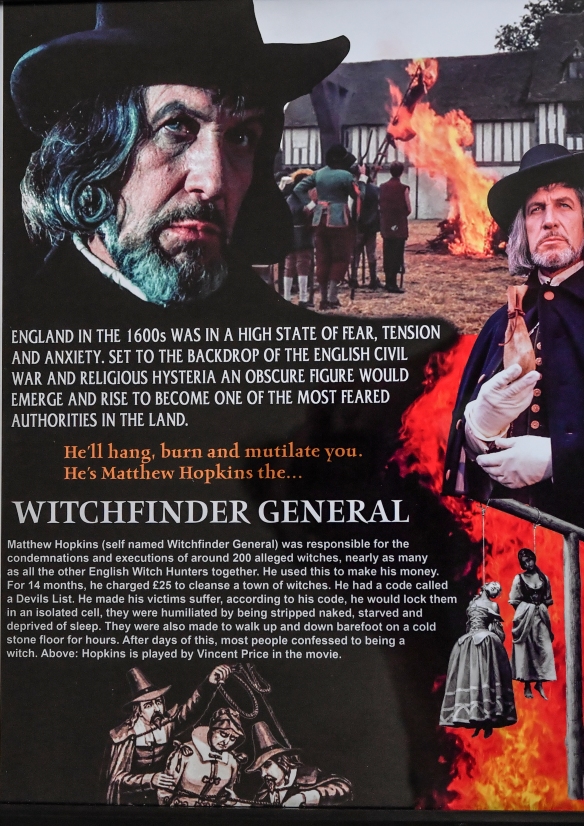 A disturbing tale of evil set during the English Civil War. When Matthew Hopkins is appointed Witchfinder General by the Puritans under Cromwell, he is empowered to travel the countryside with his henchmen and collect a fee for each witch from whom he extracts a confession – a policy which is exploited to the full.Above : One of the many informative exhibition pieces on display in and amongst out “WHERE FANTASY MEETS REALITY ” feature on the true story of the infamous Witch hunter  Matthew Hopkins , known as The Witchfinder General. Subsequently played by Vincent Price in the 1968 film “The Witchfinder General ” …. which was also retitled “The Conqueror Worm ” for release in the USA. 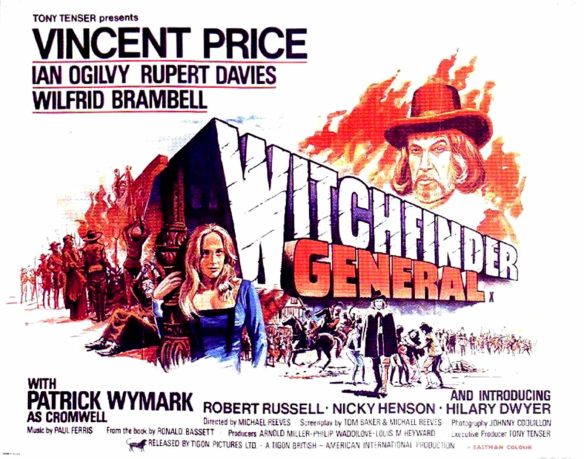 Above : An image of an original 1968 film poster for Witchfinder General  on display at The Crime Through Time Collection, in and amongst The Witchcraft, Satanism, The Occult , The illuminati, The Paranormal and Beyond Exhibition . 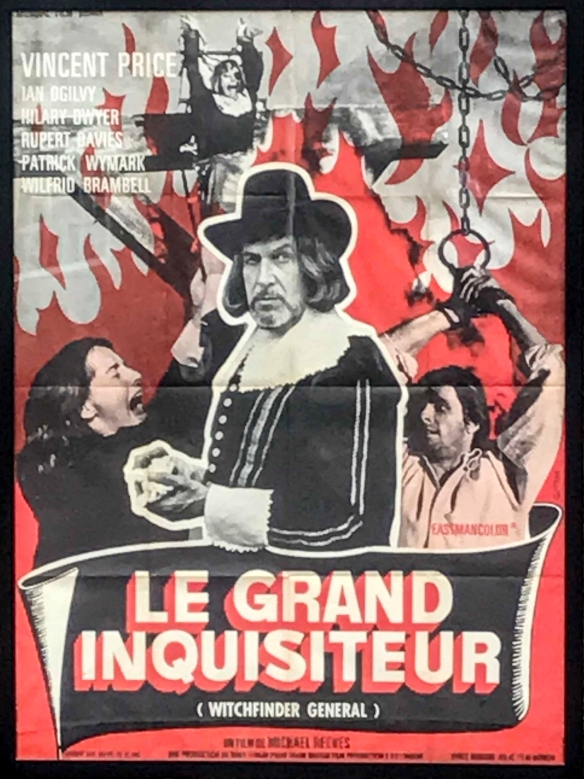 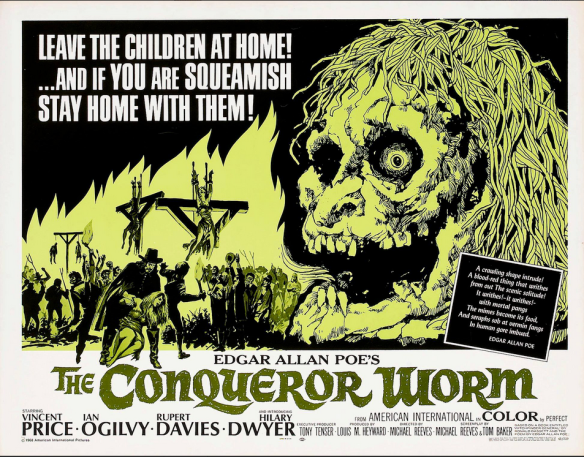 Below: A brief video clip from the 1968 film – Witchfinder General…. based on a true story in the fact that this was the first execution of an alleged witch Elizabeth Clarke in 1645 ….One of a great many women who were subsequently sadistically executed on the orders of Matthew Hopkins , for  allegedly being witches . 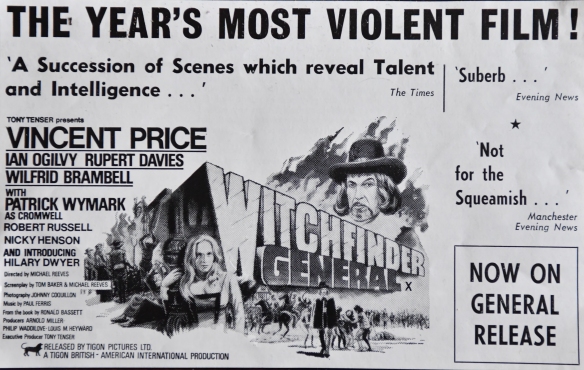 An original 1968 magazine advert for the film . 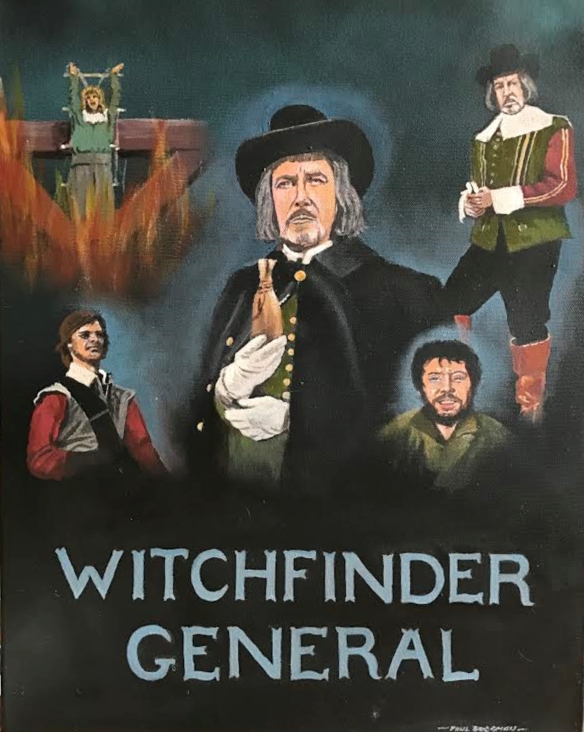 Below:  Documentary insight into the real Witchfinder General, Matthew Hopkins 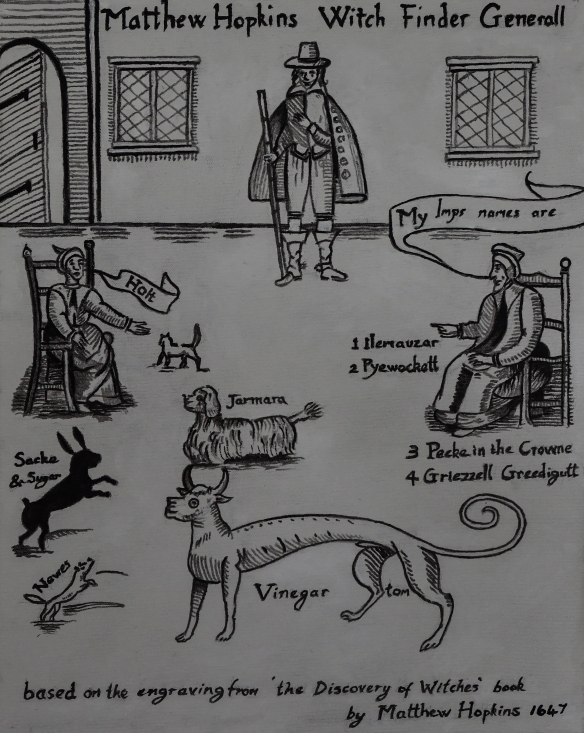 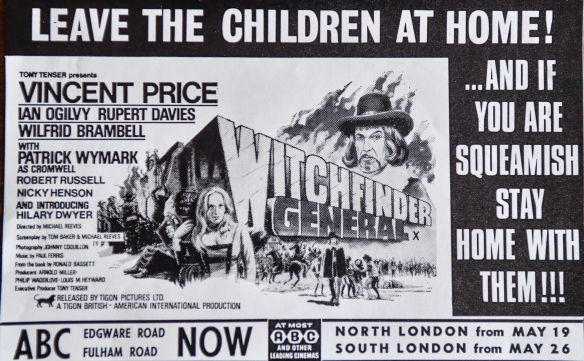 An original 1968 magazine advert for the film .

Above : Another short clip from the 1968 film 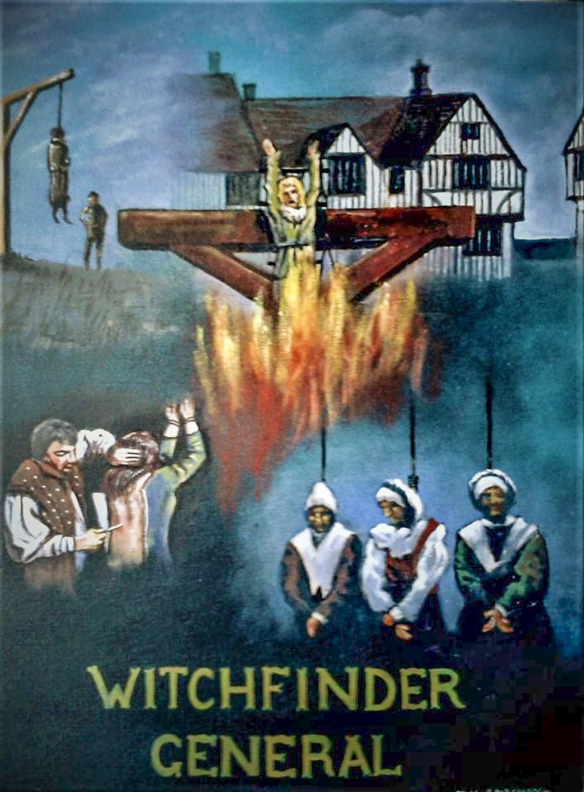 Above and below: Original oil paintings by Paul Bridgman depicting various scenes from the film, on display at the jail. 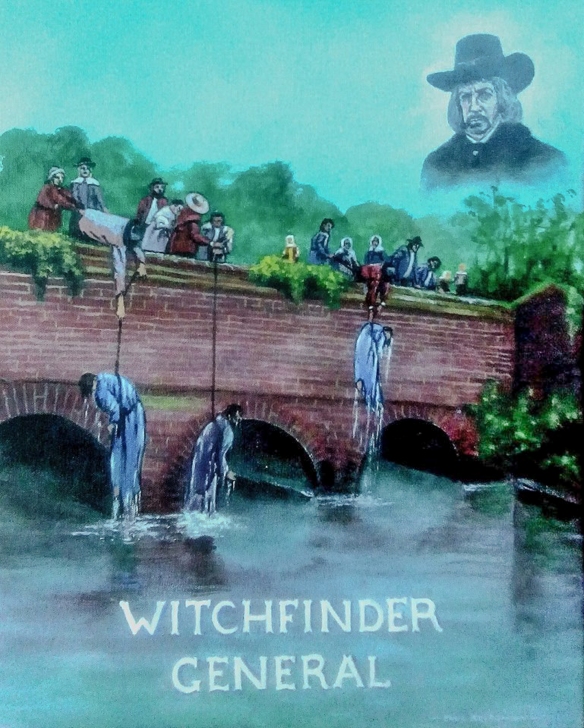 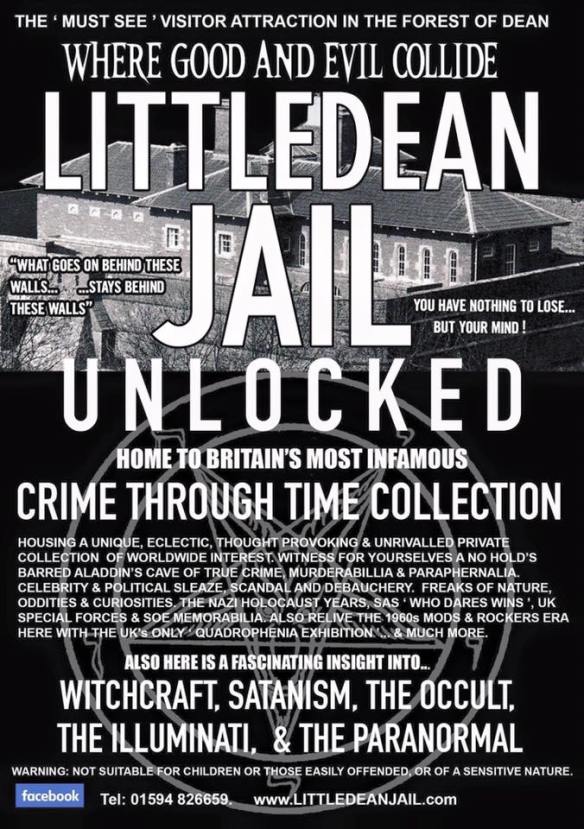